On Friday, Rooff took part in a Dragon Boat Race to support and raise money for the Docklands Settlement Charity, a charity which helps disadvantaged and vulnerable people.

The event celebrated the charity’s 125th anniversary and was held at the Docklands Sailing and Watersports Centre, at Millwall Outer Dock on the Isle of Dogs. The evening consisted of teams competing against each other in heats, with the top scoring teams going head to head in the final race!

Fancy dress was encouraged and Rooff took this very seriously going as (R)oah’s Ark, with Noah as the drummer and then the animals two by two. The evening was a great success and was enjoyed by all.

Well done to the Rooff staff and all the other teams for their enthusiasm and participation to help rise money for such a wonderful cause. 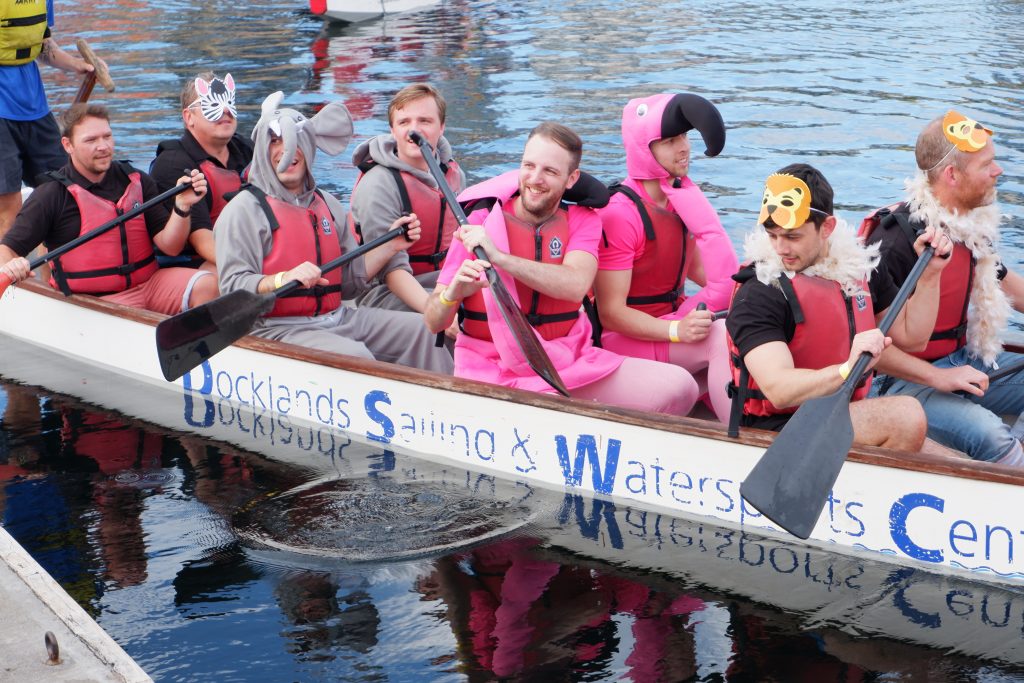