Rooff: A Group Rich In Experience

London based construction company Rooff is a family run business with an impressive track record stretching back one hundred years.

Quality and personal service are the twin foundations of our business. We like to build long term relationships with clients and consultants, who return again and again to work with us on prestigious and successful projects.

In an age where image can so often take precedence over substance, Rooff offers a rare commodity – traditional craftsmanship and expertise in a modern organisation which embraces innovation and fresh ideas.

The Rooff Group has evolved from a number of trading entities operating in East London during the nineteenth century.

In 1823 Benjamin Rawe established himself as a carpenter / joiner based in Bromley-by-Bow. He was later joined by his sons, and then in 1865 by Alfred Horn, his son-in-law.

During the second half of the nineteenth century the business expanded into that of building maintenance and as a painting / decorating company. It trades under the name of Horn following the death in 1884 of Benjamin Rawe, with Alfred’s two sons and daughter joining the business during that period.

Jimmy Rooff joined the company during the 1890’s, and married Alfred Horn’s daughter in 1899. The business then traded under the name Rooff and Horn up until 1910, when Tom Horn split away.

J&R Rooff was established in Plaistow by Jimmy Rooff and his brother Robert in 1911/12, and was incorporated as J&R Rooff Ltd in 1929. The firm continued to grow under the leadership of Jimmy Rooff who stepped down in 1952, and was succeeded by his nephew Henry Horn. Since that time three generations of the Horn family have been in control.

Throughout the period, strong family ties and excellent leadership have engendered extraordinary levels of commitment from clients, colleagues and above all, staff. This family business continues to succeed on the strength of these relationships, and looks forward to extending the legacy of the founders long into the future. 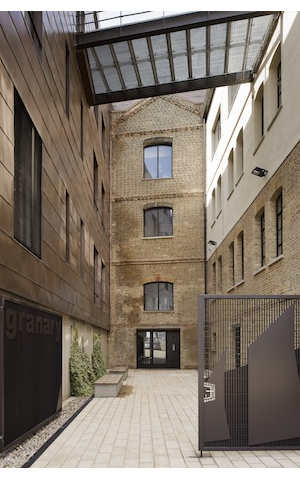