In most industries across the UK apprenticeships are a relatively new concept and it is becoming increasingly popular to take on apprentices. However, the construction industry have been delivering apprenticeships for decades, Rooff alone has trained over 450 apprentices and trainees across the last 50 years. We were reminded of this when we received a surprise email a few weeks ago from a man called Ray Stanton.

Ray carried out a carpentry apprenticeship way back in 1974 in Rooff’s own joinery shop (then known as Passmore Joinery, part of the J & R Rooff Group). Ray recalls going to Barking College of Technology every Friday on his day release as part of his apprenticeship. His first year was part of a CITB course, where he did Carpentry, Bricklaying and Plumbing, and in his second year he completed an Advanced City and Guilds Carpentry course. Ray remembers working on two sites at the time, one was in Stratford where he worked on tower blocks replacing exterior panels, and the other was a new build estate in Stockwell, South London. 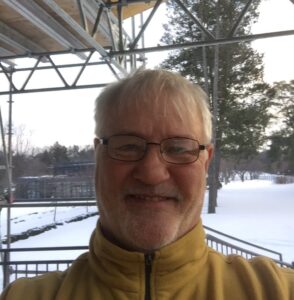 Ray now lives in Canada having emigrated there 30 years ago, where he continued to be a working carpenter. He has said that craft trade apprenticeships are not a common thing in Canada and people are shocked when they hear he completed an apprenticeship back in the UK in the 1970’s.

Although a lot has changed at Rooff in the 48 years since Ray started his apprenticeship, one thing that hasn’t changed is our commitment to training and staff development, because “Tomorrow’s Talent needs to be Employed Today” (Steve Drury – Rooff’s Development Director). Ray’s story is an excellent example of the power of apprenticeships and how they can kick start a working career and provide a positive benefit throughout one’s whole working life.

Rooff have taken part in apprenticeship advice and guidance sessions as part of Our Newham Work‘s, National Apprenticeship Week initiatives, which involved a one hour live recorded webinar delivered by Head of Rooff Training Academy, Director Steve Drury. This recording will be available via Our Newham Work. The session explored the wide range of careers available within the construction and built environment sector and what this means working for a main contractor like Rooff.

Steve also presented a careers advice and guidance assembly with pupils at Harpley School in Tower Hamlets, discussing the potential of long term career and working life options within the building industry. A key message from Steve to pupils is to start thinking early about what you are interested in and start building up a network of contacts and what it is you think you could offer to an employer, because “tomorrow’s talent needs to be employed today”.

Today marks the start of National Apprenticeship Week 2022! The construction industry offers 100’s of diverse, rewarding apprenticeships across traditional craft skills, such as carpentry, bricklaying, electrical and plumbing, as well as technical and managerial roles including architects, site managers, engineers, quantity surveyors, estimating, IT and many more. Over the last 50 years Rooff have trained over 450 apprentices and continue to support and train staff through The Rooff Training Academy.

We will be kicking off the week by attending Newham’s Council’s Virtual Apprenticeship Fair, providing advice and guidance on the different apprenticeships available.

Throughout the week we will also be sharing case studies of past and present Rooff apprentices.

Rooff are delighted to be supporting Sanctus this year, a charity for the homeless and vulnerable in Chelmsford, Essex. As we are building and developing in the area we felt it a worthy cause to support the front line services that they offer people and families in the region.

Sanctus runs a 7 day a week, 365 days a year cafe operation which provides a free “home cooked” hot meal for anyone who walks in through the door. The cafe is operated by staff and a growing family of volunteers. The cafe also provides a valuable first point of contact for anyone needing help with housing issues, social services, day to day difficulties, mental health and other drug and alcohol addiction support and signposting.

These crucial services are provided by Sanctus staff who work in collaboration with other service partners across the Chelmsford district and are one of the Mayor of Chelmsford’s current chosen charities.

Sanctus are making a real difference in helping people rebuild their lives by moving from homelessness into sustainable housing with a supportive network but are entirely financed by voluntary contributions and charitable funding.

Rooff sponsors local youth groups and is keen to help these progress and are currently sponsoring a successful youth under 8 eights football team called Intersports based in Billericay, Essex.

The support of Rooff has allowed the team to get the required kit, equipment and first aid support they need to start their first season this year. 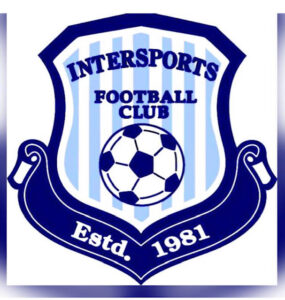 The team centres its values around fun, teamwork, sportsmanship and youth development and is managed by our Finance Director, Tom Ekers.

The Plashet School BOSS day involved employers, including Rooff’s Social Value Coordinator, Lucy Dunne explaining their role and the industry they are in. This provided a great opportunity to encourage the Year 11 students, who are thinking about their next pathway after they have completed their GCSE’s, to encourage them to consider a career in the built environment.

Later that day Lucy participated in the Year 5 Building Futures Workshop at Curwen Primary School, where the class presented building models they had created. The students had spent the week learning about Construction and Architecture and were tasked with constructing a building from what they had learnt. There were some great creations, including an Aquarium, a YouTube Hotel and a Hand Sanitiser Factory. This activity allowed these young students to get excited about the construction industry and inspire them to be part of it in the future! 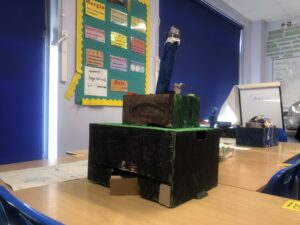